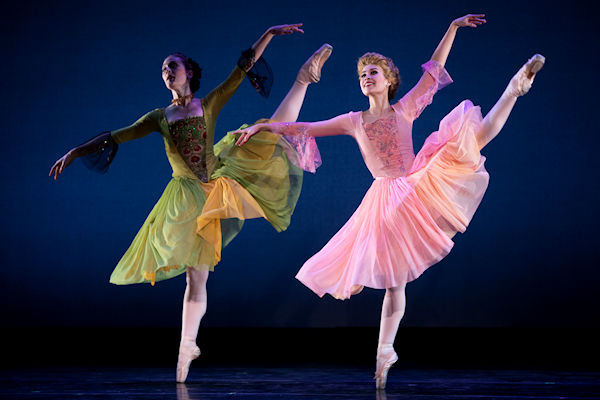 Originally written by French author Pierre Choderlos de Laclos in 1782, one can understand why the book would have been considered scandalous at the time. It is a tale of palace intrigue, corruption, seductions, betrayals and revenge that Queen Marie Antoinette is said to have found highly entertaining.

Since then, this provocative story has blossomed into operas, radio dramas, television specials, theatrical performances, and films. In 1988, Dangerous Liaisons, featuring a luminary cast of actors, received seven Oscar nominations.

In an inspired coup, Rochester City Ballet Artistic Director David Palmer chose the lovely concerti of Vivaldi’s Four Seasons to score this beautiful and sophisticated ballet, originally choreographed by Palmer in 2013 for the Washington Ballet.

As the scheming protagonists, Megan Kamler as the Marquise de Merteuil and Christopher Collins as the Vicomte de Valmont are both alluring and rapacious. In an act of vengeance, the Marquise challenges Valmont, a gigolo and ex-lover, to seduce Cécile, the innocent fiancée of another of the Marquise's lovers who recently jilted her. Kamler takes on the role of a beautiful but deadly spider who weaves her web, ensnaring both men and women in her treacherous game. 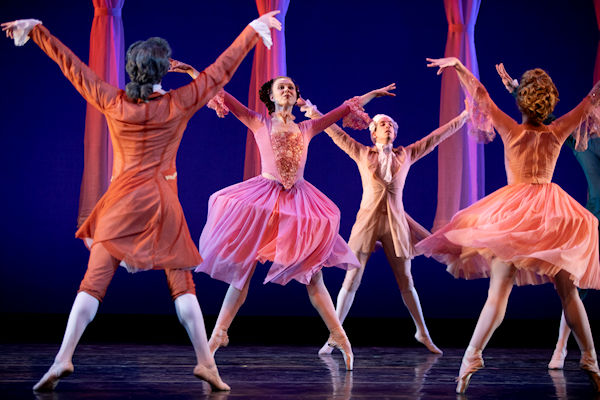 In this ballet, the dancers’ acting skills are an integral part of their performances. Collins demonstrates tremendous athletic prowes as he soars, lifts his prospective and seduced victims on high, and spins them relentlessly, all the while strutting his virile male peacock feathers.

Kamler’s Marquise de Merteuil shines in both dance and acting as duplicitous friend and Machiavellian manipulator.

One of the most memorable and beautifully choreographed scenes between these two comes in Act Two when the jealous Merteuil joins Valmont in a sequence where she reveals to Valmont that he too, has fallen fool to her.

Taylor Bibbee’s Cécile de Volanges embodies floating, sparkling innocence at the outset as she falls in love with the handsome dance instructor Chevalier Danceny, gallantly played by Ryan Corbett. But once overpowered by Valmont in a bedroom scene of choreographic daring, she descends into a dance in which her body is drenched in despair and self- loathing.

Jessica Tretter’s Madam de Torvel dances between the emotions of amusement, annoyance and flatterery at the attentions of Valmont. Once she has succumbed to him…and he, unwittingly, to her…their dance is sensuality unfurled. 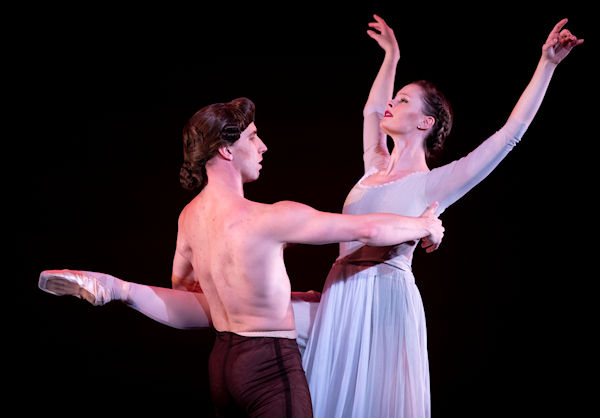 Many of the choreographed sequences between characters are as intricate and interwoven as are the relationships they share. Even in the space between movements, Palmer leverages the silence to choreograph beautiful, perfectly-synchronized trysts, particularly between Merteuil’s maid and Valmont’s manservant, danced by Katherine Duffy and Benjamin Rabe.

The plot of Dangerous Liaisons has a complex spiderweb of relationships, which a diagram in the program and an intro by Palmer help to clarify. However, you may find it helpful to read the plot in advance.

Rochester City Ballet’s Dangerous Liaisons is a tour de force that will enrapture, entertain and mesmerize until the heart pounding final moments.

Dangerous Liaisons is being performed onstage at Nazareth College Arts Center on Friday, March 22 at 8 pm, Saturday March 23 at 8 pm and Sunday, March 24 at 2 pm. Tickets may be purchased in advance or onsite at the box office. 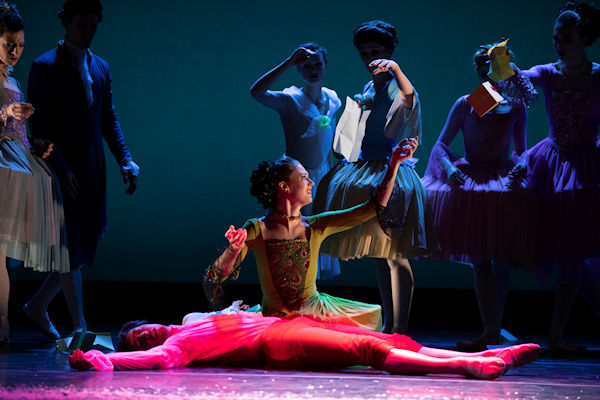 A note from RCB: "This story focuses on adult themes and includes choreography suggesting sexual violence. RCB encourages parents to read about the story before deciding if this ballet is appropriate for their child."

P.S. I'd like to take this opportunity to wish David Palmer well in all future pursuits, as he leaves Rochester City Ballet. He has greatly enriched this wonderful, accomplished company. Rochester will miss you, David!

Photos courtesy of Rochester City Ballet, with thanks to Erin Gallagher.