Beyond the Nest Reviews: Blackfriar Theatre's Death of a Salesman

- Death of a Salesman was written in 1949, winning both the Pulitzer Prize for Drama and the Tony Award for Best Play. Its themes and raw emotion are as dynamic today as when Arthur Miller wrote it. 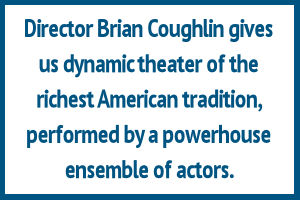 On its face, this is the story of a man – Willy Loman – who commits suicide, both to end his own despair as well as to provide for his family. He hopes the insurance money will provide his older son Biff with funding to start a business and set him on the track to success Willy foresees for his son, but that Biff does not share. At its core, this play is about much more… it's about the rise and fall of relationships, about the quest for the American Dream that is as nebulous today as it was in 1949, and about the search for self and fulfillment in the context of the universe.

Willy Loman, portrayed by David Munnell, is the salesman who has been chasing the promise of the American Dream for his entire life. Munnell gives a richly nuanced performance as a guy who is as driven by envy of the successful men around him – his brother Ben, his boss Howard, his neighbor Charley – as he is hindered by his own insecurities, temper and vulnerabilities. He holds success up to his sons as a shiny bauble within their reach. During the early years, both sons are believers. But as they mature and come to recognize the fallible father behind the mask of success he has donned, they come to see him as a fraud. The many scenes in which Willy imagines the past or hallucinates about conversations with his emotionally distant older brother are as touching as they are disturbing, in that they signal the loss of his grasp on reality. 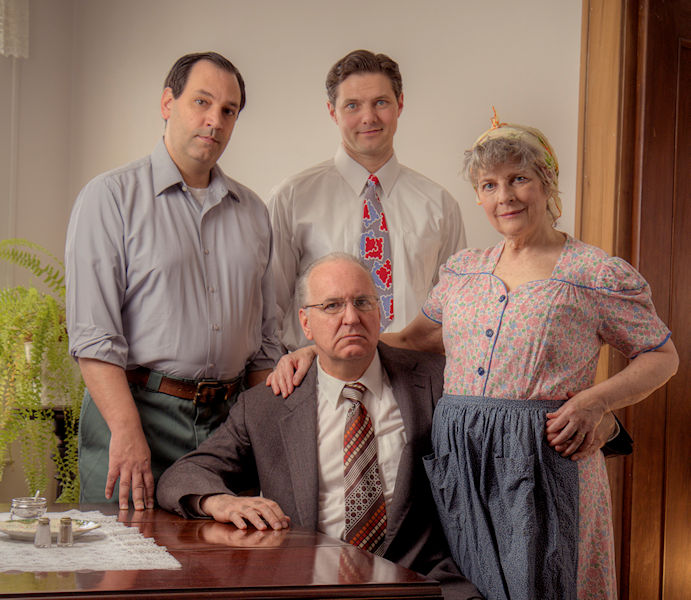 As Biff, Danny Hoskins gives a masterful performance as the older son grappling to find and embrace his own definition of success, at the same time as he struggles to cast off his father’s vision of him as a failure. The rising high school football star gives way to the disillusionied man he becomes upon discovering his father's infidelity, and that his father has sold him a bill of goods; imagine the blow upon discovering your father is not the successful, happily married man he has always pretended to be. In an act as symbolic as it is real, Biff incinerates his winning football sneakers after he learns of his father's infidelity. This signals what has happened in his relationship with his father, but also what has happened to his own self-esteem and hopes for success.

Throughout the play, I found myself watching David Andreatta's face, because a thousand emotions dance across it, reflecting his character's feelings. As Harold "Happy" Loman, he is the younger son who always stands in the shadow of his older brother. He becomes the family's facilitator, trying to help everyone get along. Your heart aches for him as his mood swings from eagerness for his father’s attention and affection, to disappointment when it doesn’t come. It’s not surprising that Happy turns to womanizing, and inflates his own success to fill that void and pretend to be the successful son his older brother is not.

Patricia Lewis Browne gives a poignant performance as Willy's loyal, adoring, and often disparaged wife Linda Loman. In spite of, or maybe because of, her husband’s foibles, Linda sees and loves Willy for who he is. She is even willing to lose her sons to protect and support him.

Beyond his prior début at Blackfriar’s,Brian Coughlin’s resume includes a wealth of directorial feats; his extensive experience shows in his skilled direction here.  He gives us dynamic theater in the richest American tradition, performed by a powerhouse ensemble of actors.

Death of a Salesman is an iconic work from Golden Age of Drama. It takes us on complex journey, ripe with power and emotion for characters, cast and audience. It carryies us from the heights of hopes to the depths of despair. From the smallest character role to the most challenging leads, the cast shines. If you love great drama, do not miss Death of a Salesman, that runs at Balckfriars Theatre through May 21. Blackfriars Theatre is located at 795 East Main Street in Rochester.

P.S. If you have or know a teen, Death of a Salesman continues to be studied in schools. This would be a great production for teens to see, to bring the play to life and give rich fodder for discussion.