Beyond The Nest's Review of Geva's The Diary of Anne Frank 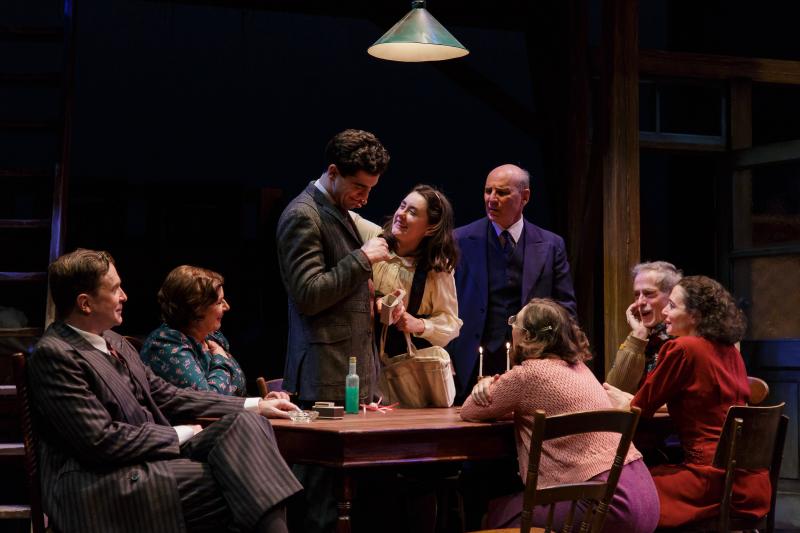 Many people are familiar with the book, The Diary of Anne Frank, but it is very different to experience it onstage with a powerhouse cast like the one performing the play at Geva Theatre Center.

The Frank family has emigrated from Germany to the Netherlands to escape persecution by the Nazis. We join them on the day they go into hiding in an attic in Amsterdam. It has become apparent Amsterdam is no longer the safe haven for Jews it was once thought to be, after the Frank’s eldest daughter Margot is called up by the Nazis to serve in a work camp.

From the comfort of our seats, we share their experience, as the restrictive attic space at first welcomes the four Frank family members, then becomes more prison-like each day, as the three members of the Van Daan family move in, followed by Dr. Dussel. Limited space means the irritable dentist becomes Anne’s irritating roommate.

The set (by Bill Clarke), lighting (by Anne G. Wrightson), costumes (by Mimi Maxmen) and sound design (by Dan Roach) are remarkable at creating the oppressive environment of the attic. Days of compulsory silence – lest workers downstairs hear – give way to evenings filled with progressively sparser meals and increasingly more heated arguments, all punctuated by the occasional air raid siren, as the fugitives’ world closes in on them.

The carefree, and somewhat annoying, 13-year-old aspiring writer we encounter at the beginning – portrayed marvelously by Anna Lentz – is a far different Anne from the caring, introspective, and courageous young woman she develops into throughout the play. Even her body language conveys the transformation from awkward girl to self-confident teen. As we see her relationships with those in her confined world evolve, Anne becomes an iconic coming-of-age symbol.

It’s easy to understand Anne’s unwavering adoration for her father, richly portrayed as a loving, generous, humor-filled, and understanding man by Steve Hendrickson. Naama Potok gives Anne’s mother a complexity of quiet, loving strength tempered with hints of fragility and inflexibility, accounting for Anne’s ambivalent feelings toward her mother. As Margot, the quiet, respectful older sister whom everyone adores, and for whom Anne holds a loving rivalry, Devon Prokopek gives a subtle yet shining performance. In Peter, deftly portrayed by Gus Cuddy, we find Anne’s male coming-of-age counterpart who deftly conveys what it is like to lurch from awkward, self-conscious adolescent to thoughtful, intelligent young man, who becomes Anne’s love interest.

Some of the most touching scenes steal in, in the form of simplicity… the attic captives sharing desires for coffee and dancing shoes once they’re liberated…Anne’s personally-customized, hand-crafted Hanukah gifts…a stolen crust of bread by Mr. Van Daan that threatens his family’s expulsion from safety…. Kudos to Director David Ira Goldstein who skillfully guides us to each emotional precipice, then reels us back with rays of hope.

This is a tale of courage, hope, love, and humanity, where all that stands between these individuals and Nazi atrocities is one slim bookcase and the loyalty, courage, and convictions of a small cadre of friends.

No matter what your background or family history, Geva Theatre Center’s Diary of Anne Frank is an important play to see.  Plays, performances, and exhibits such as this one become the watchdog of humanity, guiding us toward our better selves, with the goal of ensuring this evil never comes again. 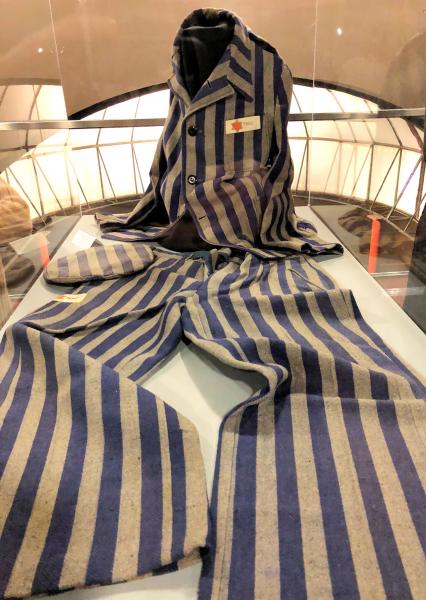 Anne Frank would have been delighted to see this stellar production of her work, which can be seen at Geva Theatre Center’s Wilson Stage through March 18.

P.S. When attending the performance, be sure to stop upstairs in the gallery for an intimate, moving exhibit that provides additional context through timelines, photos, war-time memorabilia and even a concentration camp uniform worn by (as the placard indicates) an unknown number of prisoners, since uniforms were recycled. Downstairs, you can “meet” some of Rochester’s residents who managed to escape from Nazi-plagued Europe by emigrating to the U.S. or by surviving concentration camps.

Carol White Llewellyn is Editor of Beyond the Nest and an advocate for the Arts. She is also Producer, Host and Editor of a cable and online Arts program, Conversations with Creatives.